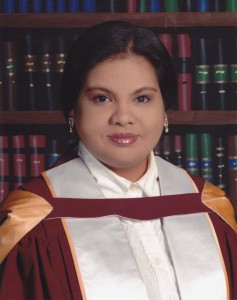 The mission and vision of IEEE Region 10 WIE is to inspire, engage, encourage, and empower IEEE women so as to form a vibrant community of IEEE women and men innovating the world of tomorrow.

The WIE at Region 10 aims at

In 2016, R10 WIE is going to conduct a WIE survey from March to understanding the demographic profile of the volunteer, the activity Levels of section WIE Affinity Groups (AGs)/ Student Branch (SB) WIE AGs, the expectations of section WIE AGs/SB WIE AGs from R10 and Global WIE and the member Satisfaction. We encourage WIE volunteers in R10 to participate in the survey thus helping IEEE R10 WIE to design strategies required to meet the vision.

WIE mentor and mentee program (WIEMMP) is proposed by R10 WIE in 2016 with a view to WIE membership development and retention of WIE membership after graduation. Under WIEMMP, IEEE R10 WIE will support the establishment of new WIE AGs in diversified areas in R10 (In particular, north, south east Asia and ANZ), identify volunteers and train them for performing WIE activities. We will also encourage and guide the inactive WIE affinity groups for engaging them in activities by being in constant contact with them through skype, e-mail and possible face-to-face meetings

IEEE R10 WIE will identify outstanding WIE AGs, SB WIE AGs and outstanding WIE volunteers (student/Professional) for IEEE R10 WIE awards. 2016 R10 WIE awards are for activity/contributions during 2015. In 2016, a detail description of R10 WIE awards (purpose, scope, eligibility, nomination conditions, basis of selection, schedule etc.), nomination forms, and year-wise list of past recipients of each of the awards are updated in the R10 WIE website at (http://wie.ieeer10.org/awards). The call for award nominations will be circulated in March and awards will be presented in August 2016.

We recommend you to report activities to Regional Newsletter, Global WIE Newsletter and WIE magazine.

Let us all work together to maintain our record as the most vibrant WIE around the globe.