IEEE 2020 President Toshio Fukuda and the other nearly 40 honorable speakers including industry leaders from IBM, Intel, China Mobile, Lenovo, Engie, E-visible and professors from Tsinghua University, Peking University, Iwate Prefectural University, China Academy of Science, and the representatives from international and local organizations delivered speeches in this summit. Prof. Toshio Fukuda introduced his personal experience and encouraged people to actively participate in the global technology community such as IEEE. Ms. Emi Yano, IEEE WIE R10 Chair, brought a brilliant speech titled Change the World！-To Be a Change-Maker. The other speakers delivered a vary of topics focusing on women leadership, career development, Artificial Intelligence, tech for good, 5G, and these topics aroused the resonance and applause of the audience.

Two panel discussions were organized in this summit which brought different topics such as the sex discrimination in career promotion, advantages and disadvantages of male and female employees, and business model Innovation or technology innovation, chase trend or keep in one field. All these topics were intensely discussed and aroused the attention of all audience.

Before the end of this summit, five female speakers aged from 12 to 16 were invited to come to stage to talk about the future leadership. Their smart and sentimental speaking impressed all audience. Future Leadership is the first attempt of the IEEE WIE International Leadership summit and pushed the summit forward to the climax.

In the end, Prof.Toshio Fukuda and Ms. Emi Yano awarded the Best Service Award to all members of the Organizing Committee of the summit. Dr. Yonghua Lin, the IEEE WIE Beijing AG Chair gave the closing remark. She shared a little story about her growth that shown the important role of growth environment in career choice and life transition, and she was confident that next year’s WIE leadership summit for women engineers would continue to be held. Finally, IEEE WIE International Leadership Summit ended with warm applause from guests and audience. 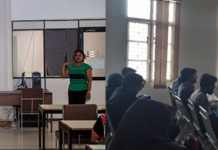 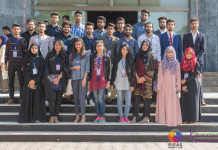 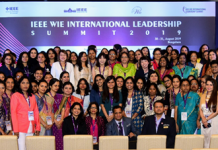